These are usually found on the DVDs for each series. It contains stunts and Pranks that were ether too extreme, too long, too boring, too short and or couldn't be fitted in an episode slot. Some deleted scene do make it on the final show but only in snippets (i.e. cut to the point only a small percentage of the stunt is shown).

Rear end features mainly cut out stunts. It involves some of the most obscene material out of all the other series which is one if not the main reason for it being cut. The stunts were mainly challenge based and gut wrenching. It involved some minor interviews or jokes plotted some times for example Dainton joking about Johnny Knoxville.

The Darker side Edit

This followed an episodic pattern unlike the rest of the deleted scene series. It had extended stunt seen in the show but were cut short as well as many different stunts that were just cut from the series as a whole. It also involved the full live shows from the end of each episode.

Behind the Seven Deadly Sins Edit

The entire series of the forth series was based around deleted scenes from the movie. It had cut stunts and extended stunts that appeared in the movie.

This does not include stunts featured in Series four 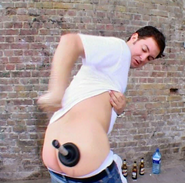 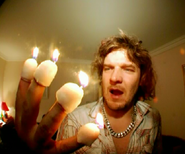 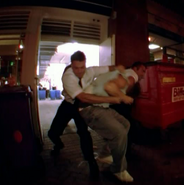 Add a photo to this gallery
Retrieved from "https://dirty-sanchez.fandom.com/wiki/Deleted_Scenes?oldid=3281"
Community content is available under CC-BY-SA unless otherwise noted.