"Tonight they head for the Alps and face their worse fears. Spiders,Snakes,Piranhas and pain."
— Opening narration

This is the seventh and technically last episode of Dirty Sanchez series one. It focus's on the fears of each Sanchez.

|Pritchard has been shown to enjoy jumping from high places as it looks like fun. Dan Joyce reveals that both Pritchard and Dainton have arachnophobia however Pritchard is worst whereas Dainton can at least be near one and hold one. The fear of spiders came from his mother as his brother seems to be unafraid.

Pritchard and Dainton are given the challenge to hold a Tarantula however Dainton was removed from the room after a while for messing around.

Dan Joyce shows a fear of pain and doesn't seem contempt with snow or ice or the cold in general.Joyce shows a hatred of doing something extreme and something that involves competition he prefers to do something fun.

Pancho has a fear of snakes since from a young age. he had lived in South Africa and while playing with some toys a snake came slithering pass.

Pancho was given a challenge to have a snake around him.

"Most scared I've been is with that tank of piranha"
— Dainton

Revealed earlier in the show Dainton has a fear of Spiders but not as bad as Pritchard. He has a fear of piranhas and a slight fear of death. Dainton does not like to upset people but loves to annoy them strangely. 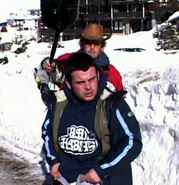 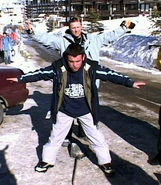 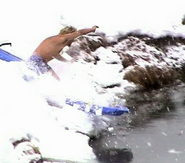 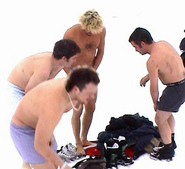 Retrieved from "https://dirty-sanchez.fandom.com/wiki/Fears?oldid=2929"
Community content is available under CC-BY-SA unless otherwise noted.