This was a minor prank from the second series of Dirty Sanchez. Pritchard was the perpetrator of the prank while Dan was the victim of the prank. The prank had gone wrong half way through.

In the morning, Pritchard had hidden himself in a toilet and waited for Dan to pass with some coffee. As soon as a female producer or friend had passed, Pritchard saw his opportunity to scare Dan (who was behind the female) He opened the door and scared Dan, Dan responded by throwing coffee on Pritchard.

Dan didn't think it was funny and Pritchard was burnt by coffee but didn't seem to care. 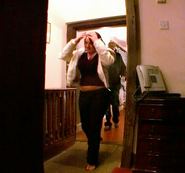 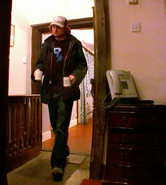 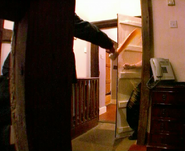 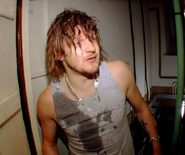 Add a photo to this gallery
Retrieved from "https://dirty-sanchez.fandom.com/wiki/Jump_scare?oldid=2484"
Community content is available under CC-BY-SA unless otherwise noted.