"The Sanchez boys are looking for a purpose in life. This week builders"
— Opening narration

This is the second episode of the second series. This episode the boys are working at a construction site.

"To survive a building site I think you need a good sense of humour. General level of fitness Need to be willing to work hard and willing no to sleep in because anyone who sleeps in doesn't come into work early are not worth havin'"
— Declan the boss

The Sanchez boys have the main goal of building a house in the week that they are around. Almost immediately the boys are sent off to work but decide to mess round while doing so.

Declan's first thoughts on the Sanchez boys are as follows. Pritchard is a danger. Pancho is a good worker. Dan is a okay worker and Dainton is fantastic.

All the Sanchez boys have done relatively well for their first day, however after the first day Pritchard and Joyce become lazy and hardly bother with any work the next few days. Pancho starts doing less but still tries to work whereas only Dainton is doing anything constructive and responsible at the work place.

We discover Pancho has a fear of heights which makes him a problem at the work site due to him having to climb. Pancho hates the fact that there are no toilets. Sadly for Pancho he has the D-Lock around his neck from day two onward, rendering him unable to do some of the jobs needed.

"If I had been paying them on the Tuesday, they'd be sack on the Thursday"
— Declan

The later days saw most of the Sanchez boys doing nothing leaving only one, Dainton, to do most if not all the work. Each day is seemingly getting worst. In one case they all had to build a barbecue but because the three of them wouldn't work properly Dainton made his own. Sadly for Dainton he built his in the wrong place and had to demolish it, however Declan acknowledged that it was a perfect construction.

Pritchard keeps having afternoons off, Dan doesn't do anything, Pancho is useless and Dainton is the only hope. In the mean time Dan has an X-Ray of the whereabouts of the key for the D-Lock.

At the end Declan had been disappointed with all but Dainton. Dan was thought of as lazy and hardly did anything which upset Dan. Pancho was called an embarrassment which only angered him. Pritchard is told that he is incapable of working but Pritchard didn't care less. Dainton was asked whether he would work for Declan again but he refused. 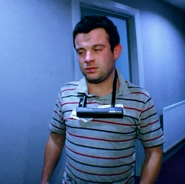 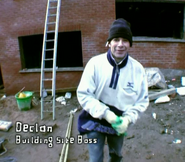 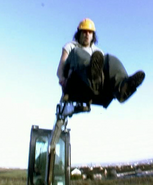 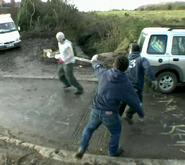 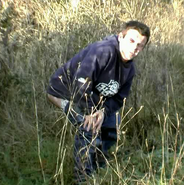 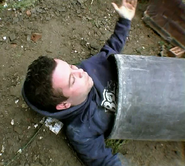 Retrieved from "https://dirty-sanchez.fandom.com/wiki/Men_at_Work?oldid=3874"
Community content is available under CC-BY-SA unless otherwise noted.