" If he wants to be naked then let him be naked. Good luck to the boy"
— Pritchard's grandfather

This was a prank, acting some what like a social experiment, to test how ordinary people would react to Pritchard's nakedness.

Pritchard wore only a pair of shoes and a hat as he walked towards a small shop. He entered the shop with the ideal attempt of buying some beers without being chucked out. Sadly however he was caught along with a camera woman and were forced to leave the store.

Pritchard was somewhat upset that he was caught and proclaimed that people should lighten up. 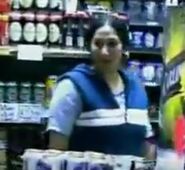 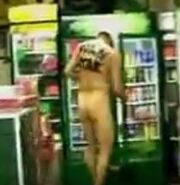 Pritchard tries to get a drink

Caught in the act
Add a photo to this gallery

Retrieved from "https://dirty-sanchez.fandom.com/wiki/Pawn_star?oldid=2427"
Community content is available under CC-BY-SA unless otherwise noted.