This was a Pancho's wake up prank that featured Dainton putting cigarettes in Pancho's ear and up his nose.

Pancho knocks out the two cigarettes up his nose and then, without realizing, puts it back in to his mouth thinking it fell out of his mouth. 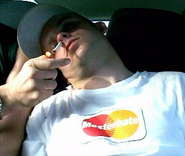 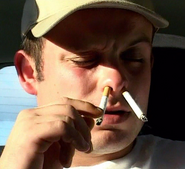 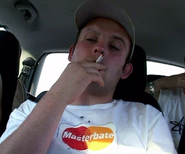 Add a photo to this gallery
Retrieved from "https://dirty-sanchez.fandom.com/wiki/Sleeping_fag?oldid=2400"
Community content is available under CC-BY-SA unless otherwise noted.